From the definition above, there are two key features of an investment.

By the standard of this definition, a worthless, useless or insignificant possession, belonging, or property is not an investment. Every investment has the value that can be quantified monetarily. In other words, every investment has monetary worth.

The second feature of an investment is that, in addition to being valuable, it must be income-generating.

As a rule, every valuable, in addition to being something that is very useful and important, must have the capacity to generate income for the owner, or save money for him, before it can qualify to be called an investment. It is very important to emphasize the second feature of an investment (i.e. an investment as being income-generating). The reason for this claim is that most people consider only the first feature in their judgments on what constitutes an investment. They understand an investment simply as a valuable, even if the valuable is income-devouring. Such a misconception usually has serious long-term financial consequences. Such people often make costly financial mistakes that cost them fortunes in life. 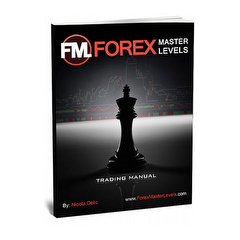 Industry Infuriating Report Reveals The Astonishing Truths About Your Annuities.
The Secrets About Annuities

Perhaps, one of the causes of this misconception is that it is acceptable in the academic world.

In financial studies in conventional educational institutions and academic publications, investments – otherwise called assets – refer to valuables or properties. This is why business organizations regard all their valuables and properties as their assets, even if they do not generate any income for them. This notion of investment is unacceptable among financially literate people because it is not only incorrect, but also misleading and deceptive. This is why some organizations ignorantly consider their liabilities as their assets. This is also why some people also consider their liabilities as their assets/investments.

From the definition above, the first thing you should consider in investing is, “How valuable is what you want to acquire with your money as an investment?” The higher the value, all things being equal, the better the investment (though the higher the cost of the acquisition will likely be). The second factor is, “How much can it generate for you?” If it is valuable but non-income-generating, then it is not (and cannot be) an investment, needless to say, that it cannot be income-generating if it is not valuable. Hence, if you cannot answer both questions in the affirmative, then what you are doing cannot be investing and what you are acquiring cannot be an investment. At best, you may be acquiring a liability.

Staying on Top of IT Needs for Your Business

The Perks of GSuite Options

How To Improve Your Import Finance Tactics

Things You Should Do When Getting Pharmaceutical Supplies

The health industry is one of the most sensitive. It is supposed to extend solutions to improve health and the

The Financial World Is in Shock and People Are Stunned

Why Get a Custom Business Card

Natural Healing Oil That Is Superior Than Prescription Antibiotics