“They hatch cockatrice eggs and weave the spider’s web” is how the bible describes the systems under which man lives (Isaiah 59:5″). It is a woven mass of deceit and lies and “all tables are full of vomit and filthiness” (Isaiah 28:8) and people struggle to understand why. Without the knowledge of God and an understanding of how the Spirit of the Universe functions we are lost in the darkness of the world’s corruption.

There is hope, however, as the Spirit promised to “make the crooked places straight” and to cut the bars of iron to free those trapped behind them (Isaiah 45:2). That time has come as the truth is now flowing from God’s mountain which is the Internet promised to rise up in the last days (Micah 4:1). It is through that device that everyone on earth can be reached to hear the controversy of God (Jeremiah 26:31,32).

That debate begins with the ‘bull’ of monetary systems and how and why it has devastated the earth to the point of destruction. Money is the evil that is behind the ripping down of forests; over fishing of oceans; burning of fossil fuels; manufacture of goods; and politics. It has built the dark mountains of despair and driven many mad or to their deaths.

So who and what is the ‘bull’ behind it all? It started in Babylon with the sun-star Mary. That is the rainbow-colored image produced when light disperses. The cross is formed in the center of the moving rings of brilliance and this was called ‘Mary’ or ‘mother’s powerful eye’. Men could ‘marry’ Mary by giving their lives in exchange for a place as her mate in heaven. 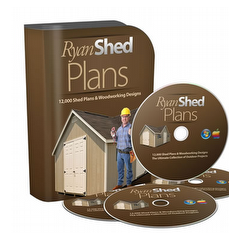 If You Can Order A Pizza, You Can Make Money With This System
The 12 minute affiliate system

To do that they passed through the ‘eye’ and rode on sunbeams into the heavens. They were called ‘b-el’ or ‘bearers of god’ and evidence shows their bodies were consumed to pass on their spirit into those attending their crucifixion. They were also ‘b-o-l’ or ‘bearing the circle of God’. The ‘bol-o-x’ or ‘bol-circle ox’ gave rise to ‘bollocks’ for the bull’s testicles. It also gave rise to ‘bull’ as in ‘bullion’, the gold on which the monetary system is based.

Because the bull was the exchange for favors the ‘bull’s eye’ became the ‘target’ and wealth is based on achieving goals, which is the same term used for passing balls through targets or ‘eyes’.

These things are known by me because of my link to the Spirit and reincarnation, which has given me knowledge to deny religions and the work of the 2 beasts of Revelation. This is how the Spirit is making the crooked places straight and overturning the tables of man’s vomit.

How Valuable Is Money – Is It Worth Someone’s Life?

When You Hit the Wall

When You Hit the Wall