The revelation of major tax fraud has come to the fore with the release of millions of documents from a law firm in Panama. It reveals that government leaders are either involved in money laundering and hiding wealth to avoid tax or their family members. Some of the biggest companies; the heads of major corporations; mining giants; business people; and crooks in general including drug dealers have their identities suppressed while moving trillions of dollars around the world.

The repercussions will be huge as people are angry who pay taxes and are virtually paying for these wealth crazed individuals to cheat on them. This is just one more wound in the already injured World Order that includes governments, financial institutions, and religions. It is the latter that is most at fault.

Following my reincarnation and with a strong link to the Spirit of the Universe it commissioned me to tear down the wall of blindness and bring in the harvest. Everyone who has lived is back and those who have maintained a link to God are to be collected and saved. They are called the children of Israel but they have nothing to do with Judah or the country by that name.

We are at the end of the day and things are changing – quickly. Those who seek power through wealth are fools for they have traded their spiritual link for money. They are deaf and blind to the Spirit and seek power through manmade wealth.

That link is the little voice within and the sub-conscious mind which leads and guides. We consult it on a regular basis for solutions to problems and a path forward when lost. Those who use the money to bypass this connection are about to suffer the consequences. 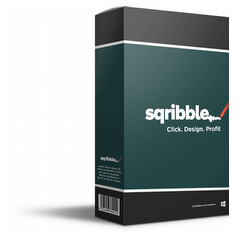 Most Powerful Way to Rewire Your Brain and Reveal Your Full Potential.
How To Erase Negative Energy

Discover How To Rapidly Lose Fat, Build Lean Muscle And Get In Amazing Shape.
The Ultimate Bodyweight Bundle

To do the task given to me the Spirit provided the knowledge required and that took me to Babylon, the start of Islam and the sun-star Mary. This remarkable image was stylized into a woman whom men thought they could ‘marry’. The people of the city were the Amors and they built Roma (reverse Amor). One of their numbers was Constantine who established the Catholic Church in 325 AD and he put up the image of Jesus Christ and reinstated Mary as the Mother of God.

He also established the financial system that has now reached a point where it will be shown for what it is. It is the product of the man identified as 666 in Revelation 13:18 and anyone dealing in wealth has his number on their forehead. The retribution of the Spirit is now playing out and those who have cheated in this way will be the first to feel God’s fury.

Money defies spiritual power and it is a false god that cannot be worshiped by those who seek to know God in truth. Everyone who has lived is back and the Mountain of God was promised to appear in the last day. It is the Internet and the truth is pouring from it to bring light into the world of darkness and there is none darker than that of religion and finance.

How To Become Financially Independent? A Financial Advisor Shares Tips

Do you remember your childhood days you spent jumping and bouncing on your bed, trying insane and at the same

A Personal Trainer Is the Key to Weight Loss